With authentic, de-activated 12-bore shotguns, you can shoot at various targets. The system has five guns and a scoreboard. The guns fire an infrared beam at the reflective and reusable clays. Once you aim and fire your shotgun, there will be a realistic shotgun sound, letting you know that the trigger has been pulled. If you then hit a clay, you will hear the sound of a breaking clay and your points will appear on the scoreboard.

When playing outside, fluorescent coloured clays are shot into the sky for maximum visibility and an authentic experience. Each player stands on their number mat, listens out for the call and fires at the clays. The automatic clay launcher holds up to 55 clays, incorporates a charger for the luminous clays and adjustable to fire at different speeds and angles.

Up to five people can shoot at the same targets, launched from a number of positions at differing speeds and angles. There are also several settings, requiring different skills. You can play just for fun or as a serious competitive team sport!

It’s environmentally friendly too as the harmless infrared beam is fired at reusable clays and it doesn’t produce any waste.

PARISS uses up to 10 static targets, which can be activated in several different ways. When a target is ‘active’ it shows a ring of lights and, when hit, it will flash. There are two main operating modes: 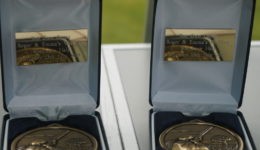 Hire us for your special event and we will do the rest. 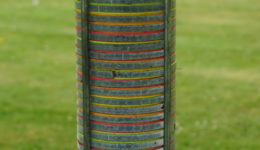 A game suitable for both adults and children. 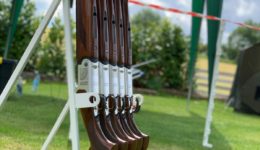 Feels like a real shotgun but has none of the dangers. 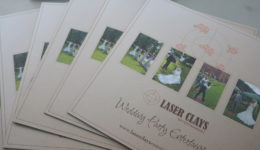 Unique and fun entertainment for the guests at your wedding.